Standing Up To Cancer at RCHS

Standing Up To Cancer at RCHS 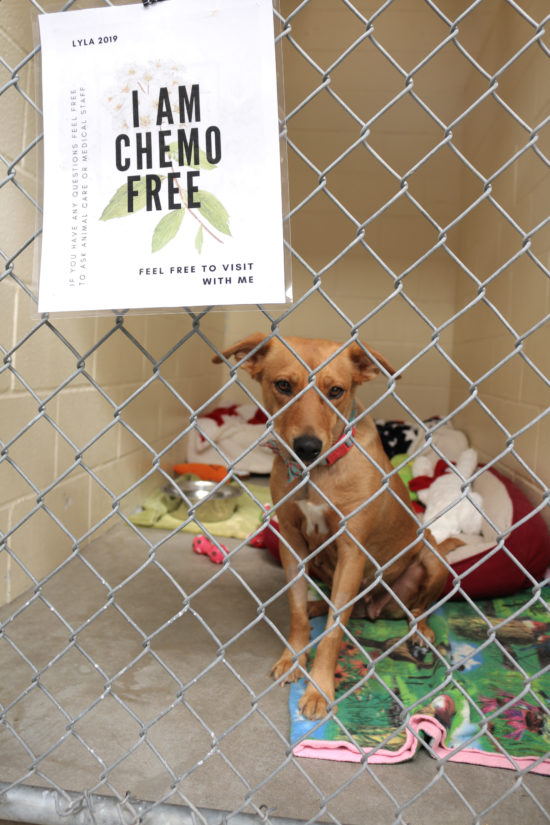 When we say we’re about Second Chances, we’re talking about dogs like Lyla. And sometimes we’re really talking about third or more chances. This five-year-old Hound mix was transferred to your Rancho Coastal Humane Society (RCHS) along with her litter of puppies through the FOCAS (Friends of County Animals Shelters) program. Lyla’s puppies were quickly adopted; however, our medical staff soon realized Lyla was not well.

After exams and testing, it was discovered that Lyla had a large tumor. You might be surprised to learn that, according to the American Veterinary Medical Association, dogs get cancer at about the same rate as humans. For Lyla, here’s where that third chance comes in. Over the last three months, Lyla received weekly chemo injections. This meant special handling and care by our medical team and staff as she recovered after each treatment.

Medical Director Kathy Zerkle said, “Lyla was an excellent patient! She was lovely and sweet through the entire process.  She had no ill side effects from her injections. She continued to eat well, and she responded positively to the treatments. She remained calm and relaxed while being kenneled for all of those weeks.  Lyla is awesome!”

Thanks to a Pet Cancer Awareness grant from the Petco Foundation, a portion of Lyla’s medical expenses will be covered.

Today, we’re happy to report that Lyla’s tumor has shrunk, and she has been cleared by medical for adoption. Yes, yet another chance for Lyla! The 36-pound, golden-haired beauty will soon be somebody’s dog. Lyla is described as a little shy at first, but eventually warms up with snuggles. She’ll need a home that’s willing to let her go slow.

For more information on Lyla, visit her page on the website, call 760-753-6413, or visit Rancho Coastal Humane Society at 389 Requeza Street in Encinitas. 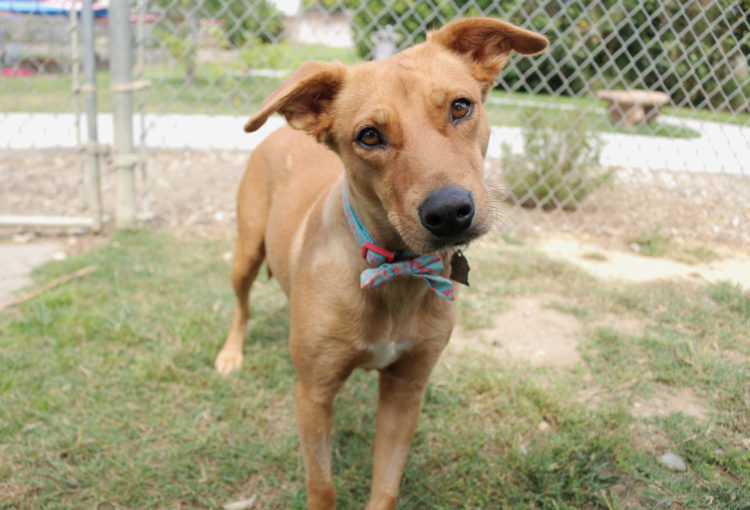