Back To Home
Fetch Newsletter September 9, 2020 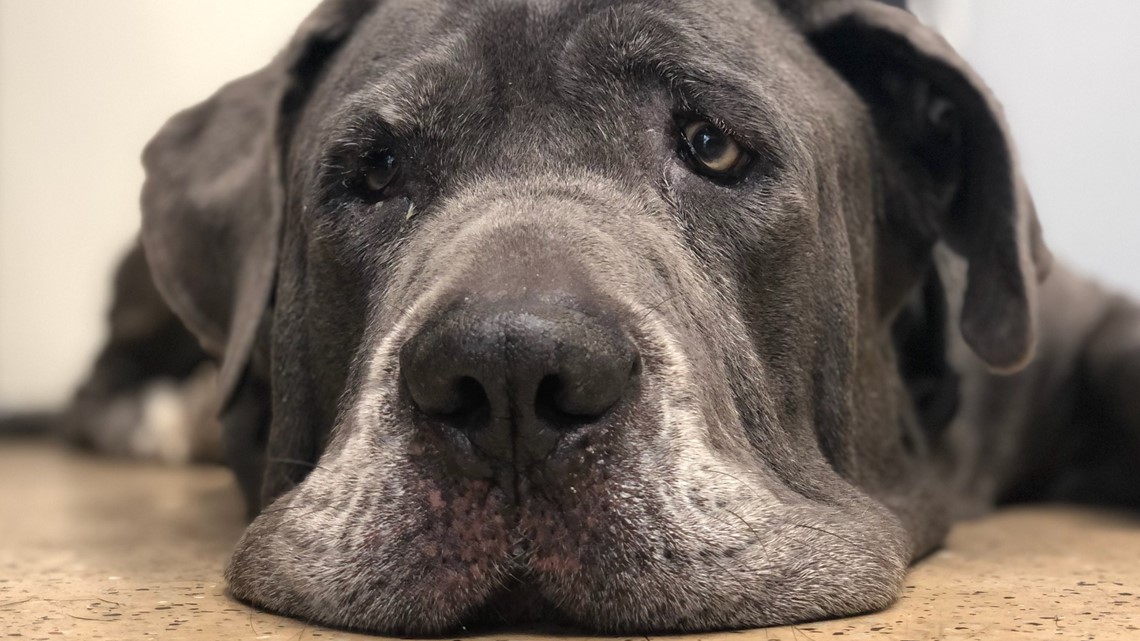 “Which dog or cat has been there the longest?” When CBS 8 reporter Allison Royal called Rancho Coastal Humane Society (RCHS), we knew it was Charlie.

Charlie was transferred to RCHS through our FOCAS (Friends of County Animal Shelters) program from our rescue partners in Chula Vista in December 2019. Animal Care Manager Ashley Martin saw him and knew we had to take him. What Ashley didn’t know was that the 174-pound Mastiff mix had recently lost his owner, his home, his care provider, and he hated getting into a car.

Charlie spent almost nine months with us, but we never gave up.

After Allison’s call, Channel 8 produced a story about this giant dog whose owner had died with no plans for him. They asked viewers for help.

In the meantime, Tim, the man who provided care to Charlie’s owner prior to her passing, was now caring for a woman named Lisa. It just so happened that Lisa also had a Mastiff named Burt. Sadly, Burt passed away just a few days before the Charlie TV story aired.

When Tim got word that Charlie was alive and still searching for a new home, he knew it was fate. Tim and Lisa contacted RCHS, and we confirmed that this was the same dog Tim had helped raise since he was a puppy! After several phone calls and emails, we scheduled an Adoption by Appointment. 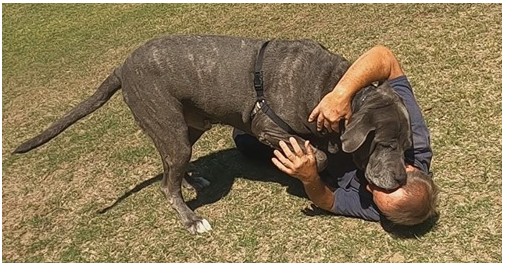 On Tuesday, September 1, 2020, 259 days after Charlie arrived at RCHS, Charlie and Tim were reunited. It took three people to load Charlie into Tim’s truck to begin his new life. RCHS President Judi Sanzo asked Lisa how it was going. Lisa told Judi, “He cried all the way home.” Judi asked, “Charlie cried?” Lisa replied, “No. Tim did.”

In many shelters, a 7-1/2 year old, 174-pound dog would not have survived, let alone thrived with the care, comfort and companionship RCHS provided. Today, Charlie has his second chance for happiness, thanks to your support. Every Animal Deserves Tomorrow®.

((Grab a tissue and watch the News 8 Charlie stories that helped it all happen.))