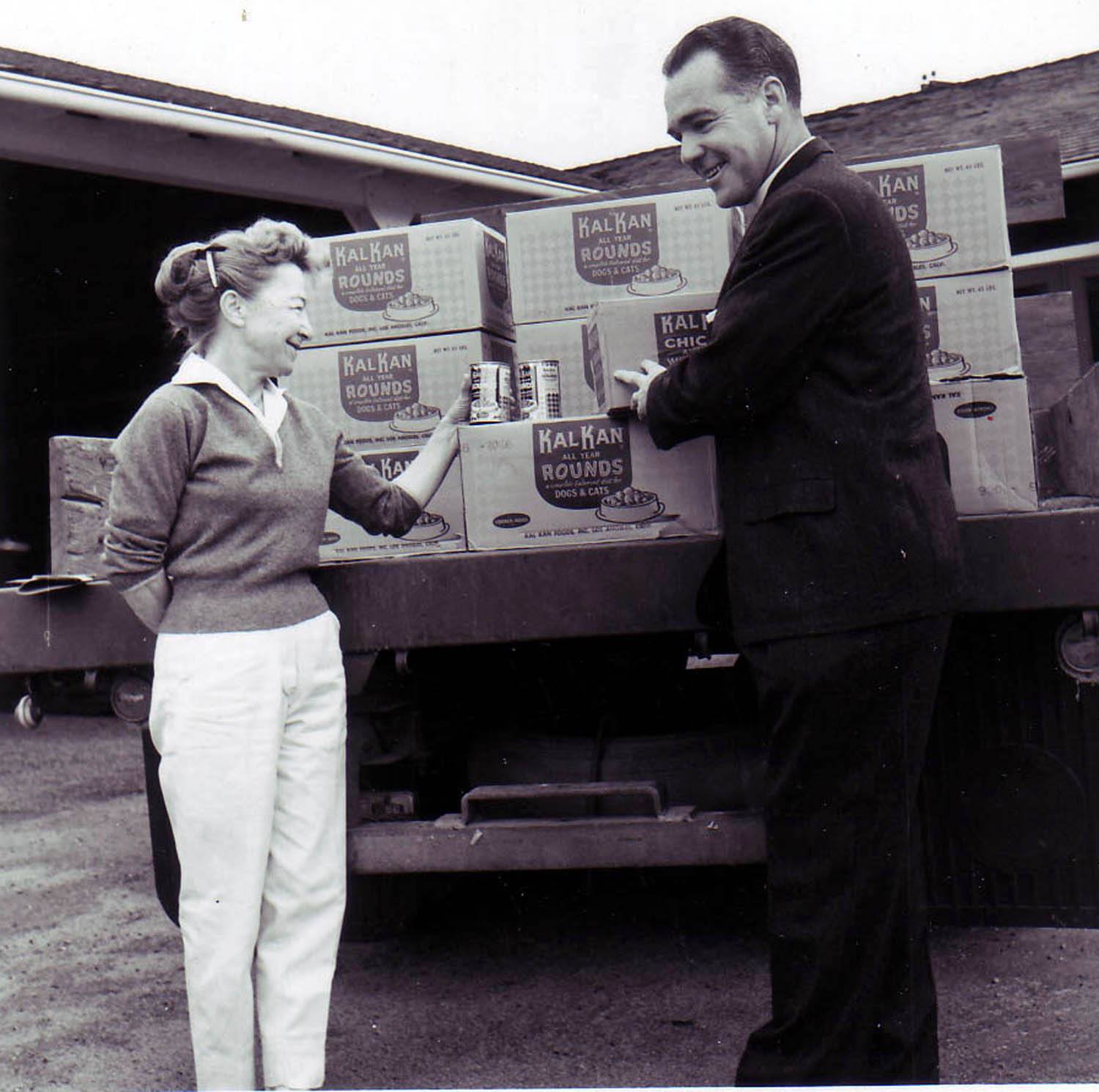 “S” is for “Sixty,” and the perfect place to land as I’ve made my way through the alphabet in my monthly Fetch letters. It has “officially” been 60 years since a woman named Maria Kulakova Lloyd started it all. As the founder of Rancho Coastal Humane Society (RCHS), she was the first President and I stand in awe of her legacy.

In the late 1950’s, Maria was a familiar sight in the rural hills of north San Diego County. Every day she rescued any stray dog, starving horse, or injured owl that was fortunate enough to cross her path. Legend has it, she took 300 animals into her Rancho Santa Fe Home. The number continued to grow, and so did the expense!

During the summer of 1959, Maria and her friend Margaret Bittner were walking their dogs along the beach. They agreed a humane society was needed to rescue and care for homeless animals. Margaret would find a site to start a Thrift Shop and Maria accepted the challenge of finding a location to build a shelter.

In 1960, the “Animal Friends Guild Thrift Shop” opened in Solana Beach. Just like the RCHS Thrift Shop today, the Animal Friends Guild Thrift Shop raised funds to help the animals. That same year, Maria and her husband, Dr. Paul Lloyd, donated five acres of property on Requeza Street in Encinitas. Not long after, ground was broken to start construction on the shelter. The only way to get to the site was over dirt roads. The western border of the property was a dirt path. Later the state of California would pave that path and rename it “Interstate 5.”

It all came to fruition when Maria opened the doors to Rancho Coastal Humane Society! Here we are today, as dedicated as ever to the mission of rescuing homeless animals, promoting co-existence with wildlife, and supporting the people who love them.

I thank the Presidents before me who nurtured and grew our programs and the hundred of supporters, volunteers and staff members who honor and continue Maria’s legacy every day since 1960.

During July and August, we’ll be sharing stories of our history and celebrating our 60th Diamond Anniversary. Sadly, we are postponing our Celebration of Second Chances event until September 18, 2021. In the meantime, let’s celebrate Maria K. Lloyd and RCHS the best way we can – continue her mission by giving your best in her memory!