Back To Home
Fetch Newsletter February 27, 2020 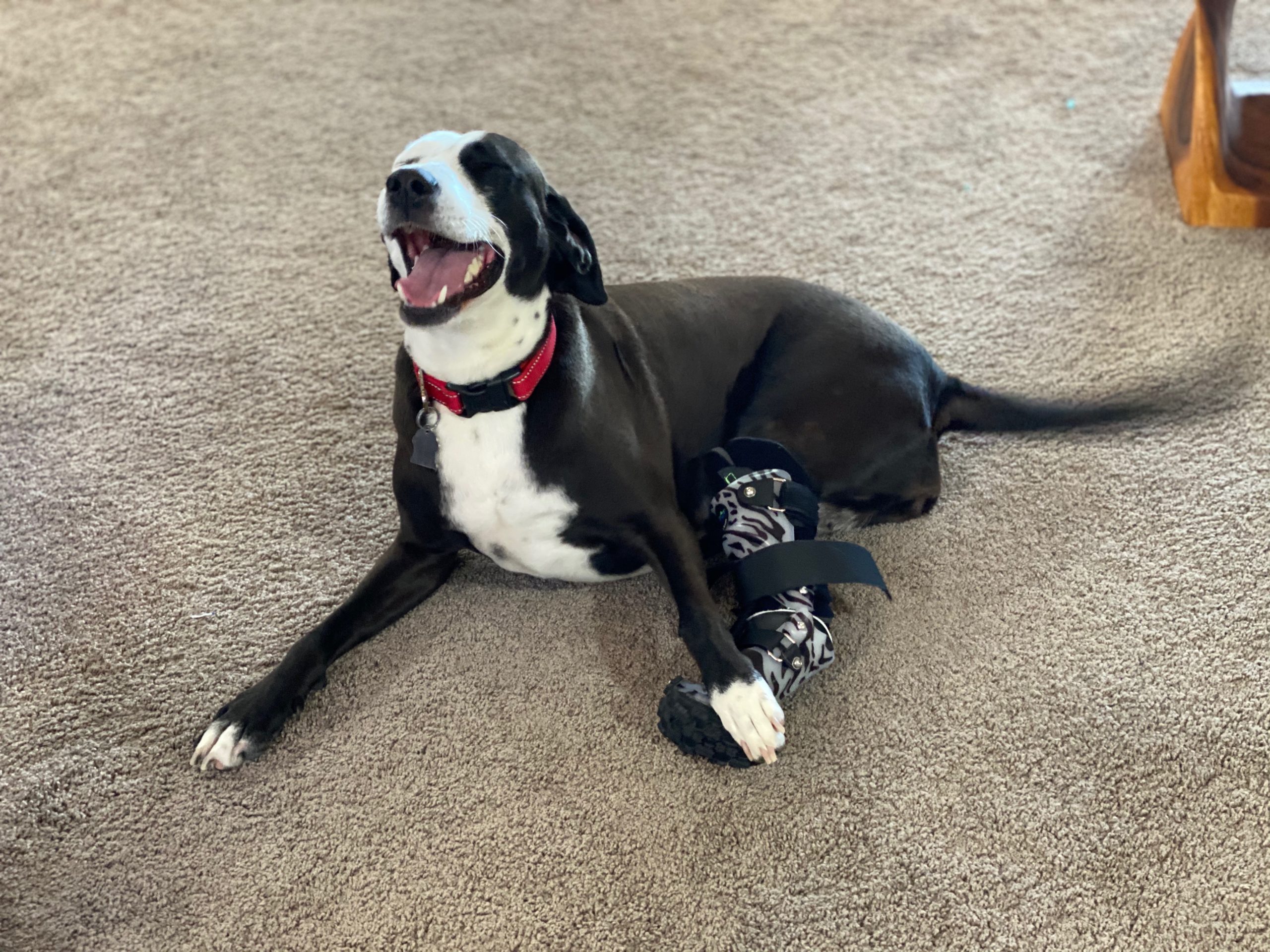 Denali has been adopted! It’s been almost a year since she and her litter of tiny puppies were transferred to your Rancho Coastal Humane Society (RCHS) through our FOCAS program. Even better news. . .Denali’s adoption will allow her to remain in the RCHS family!

Her story, at least the part we know, had a rough start. If everything hadn’t fallen into place, Denali and her puppies would not have survived.

A driver in the Imperial Valley saw a car in front of him pull to the side of the road. The guy in that car opened the door then pushed out a little mommy dog and her puppies. The driver rescued the four tiny puppies and their badly injured mommy and took them to a local shelter that is one of our rescue partners. From there, this little family was transported to RCHS.

The puppies went into foster care. Once old enough for adoption, they immediately found homes.

The mommy, whom we named Denali, was not so lucky. One of her hind legs was completely gone below the knee. The paw on the other leg was mangled but never treated. She tried to hobble on it, but it hurt too much. 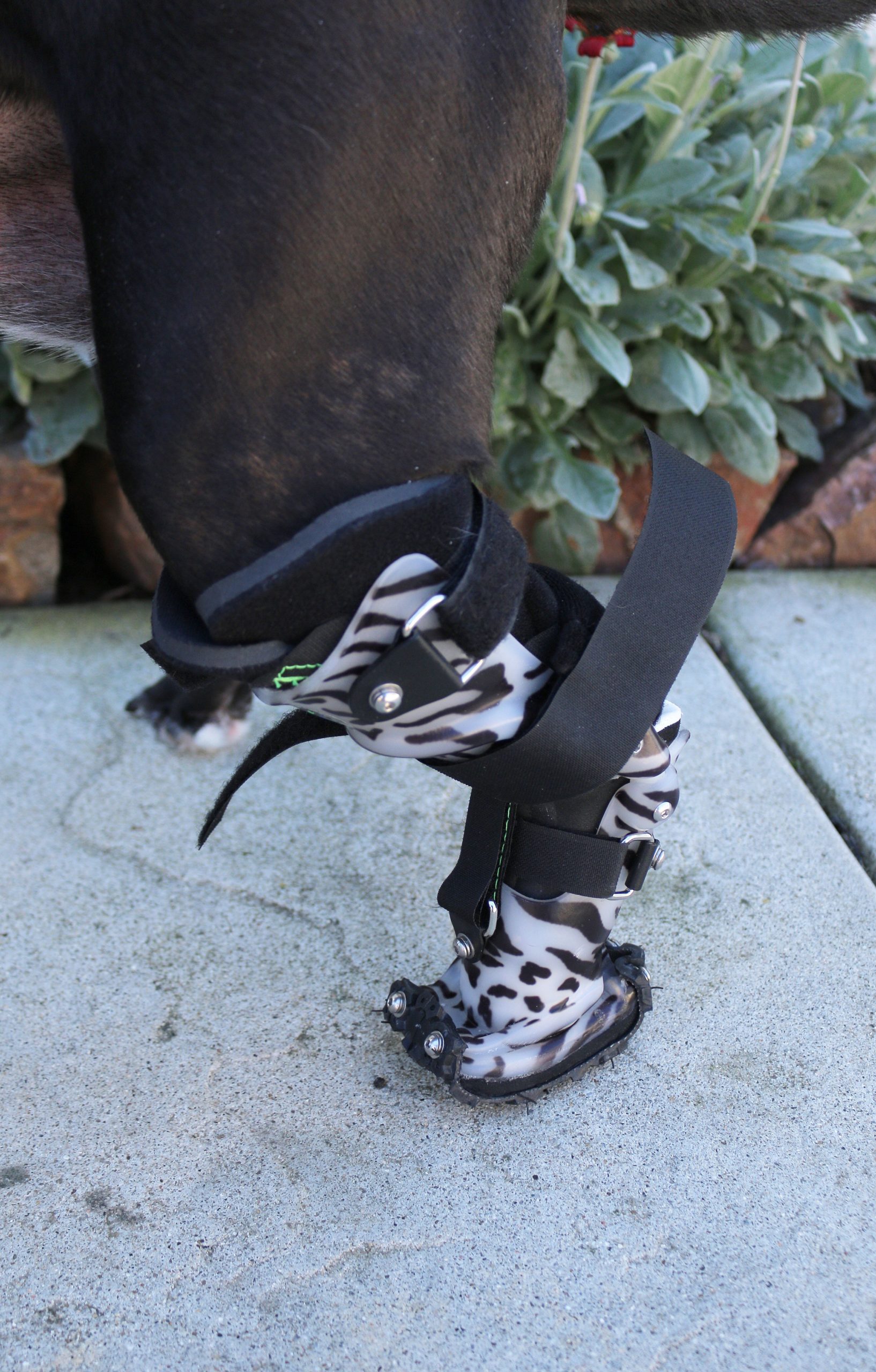 Thanks to you and your support, Denali got the surgeries she needed. She got a prosthesis for one leg and the surgeon reset the paw on the other leg to give her a limb she could walk on. Something that would never have happened if she had not come to RCHS.

Denali recovered in foster care. It was a long process, much of which involved her wearing “the cone of shame” to keep her from chewing on her cast and bandages.

Then it happened. Denali’s foster mom became a “foster failure.” You’ve probably seen Kate here at the shelter working on the landscaping, planting flowers, trimming bushes, and making RCHS look better. And now, Denali has a new forever home with Kate and Tom, a sexy new prosthesis, and a happy-ever-after tail…because everything fell into place.

Thank you for supporting your Rancho Coastal Humane Society where, for dogs like Denali, you continue to prove that Every Animal Deserves a Tomorrow®. 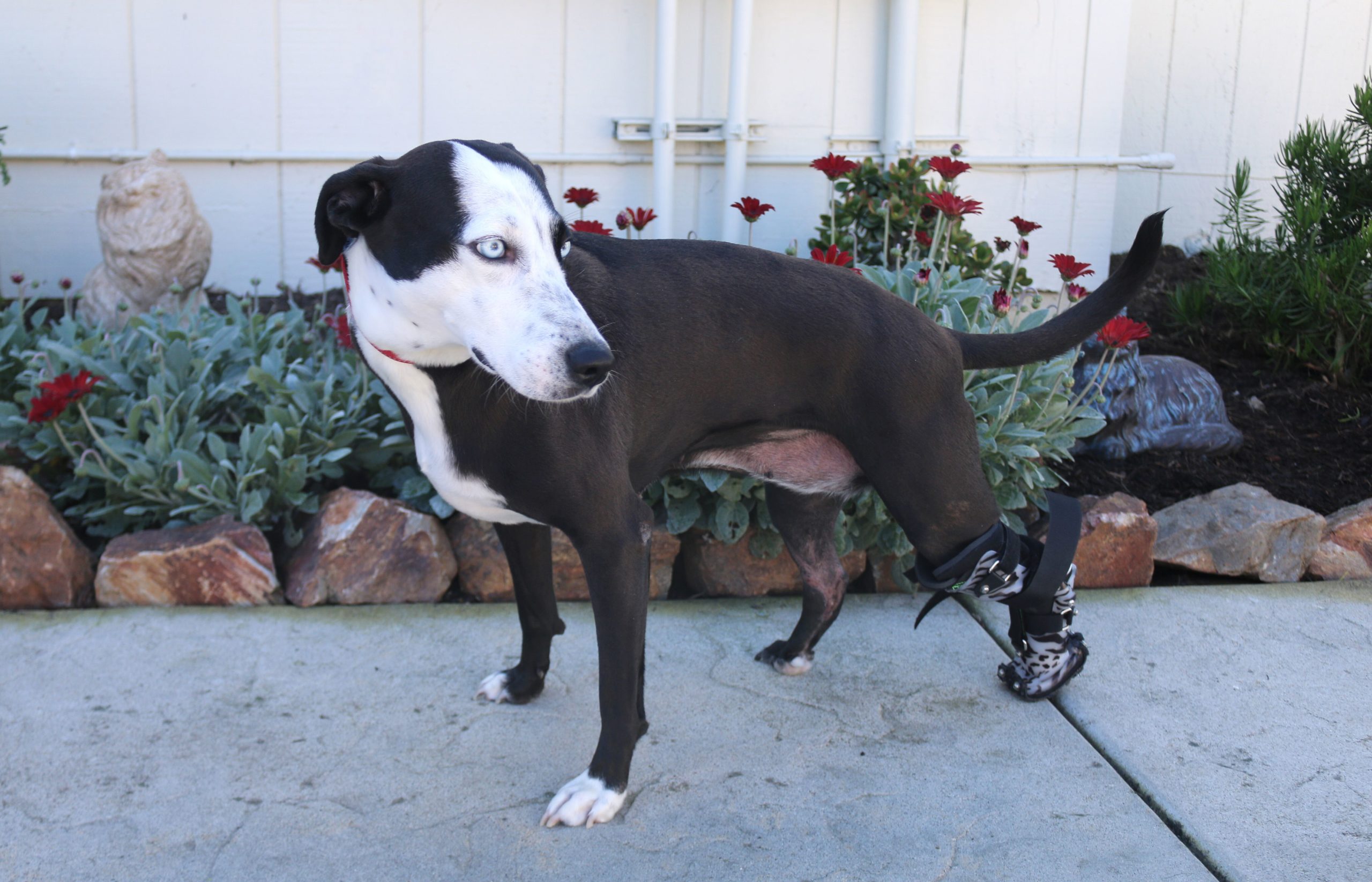