We thought we knew Missy Beans pretty well….but we had a lot to learn!

Back To Home
Fetch Newsletter August 3, 2021

We thought we knew Missy Beans pretty well….but we had a lot to learn!

Missy Beans was one of the first dogs we featured “live” on the Fox 5 Morning News after a 15-month break due to the pandemic. Thank You, Fox 5!

Missy Beans is a 6-year-old, 83-pound, female, Bullmastiff / Hound mix. She had been with our rescue partner, Animal Friends of the Valley in Riverside County, before being transferred to RCHS through our FOCAS program.

Her family was moving and couldn’t take Missy Beans along. She had lived with kids, was house-trained, got along well with cats and other dogs, loved going for rides in the car, and slept in bed with her owners. Perfect! We thought we knew a lot about this dog. 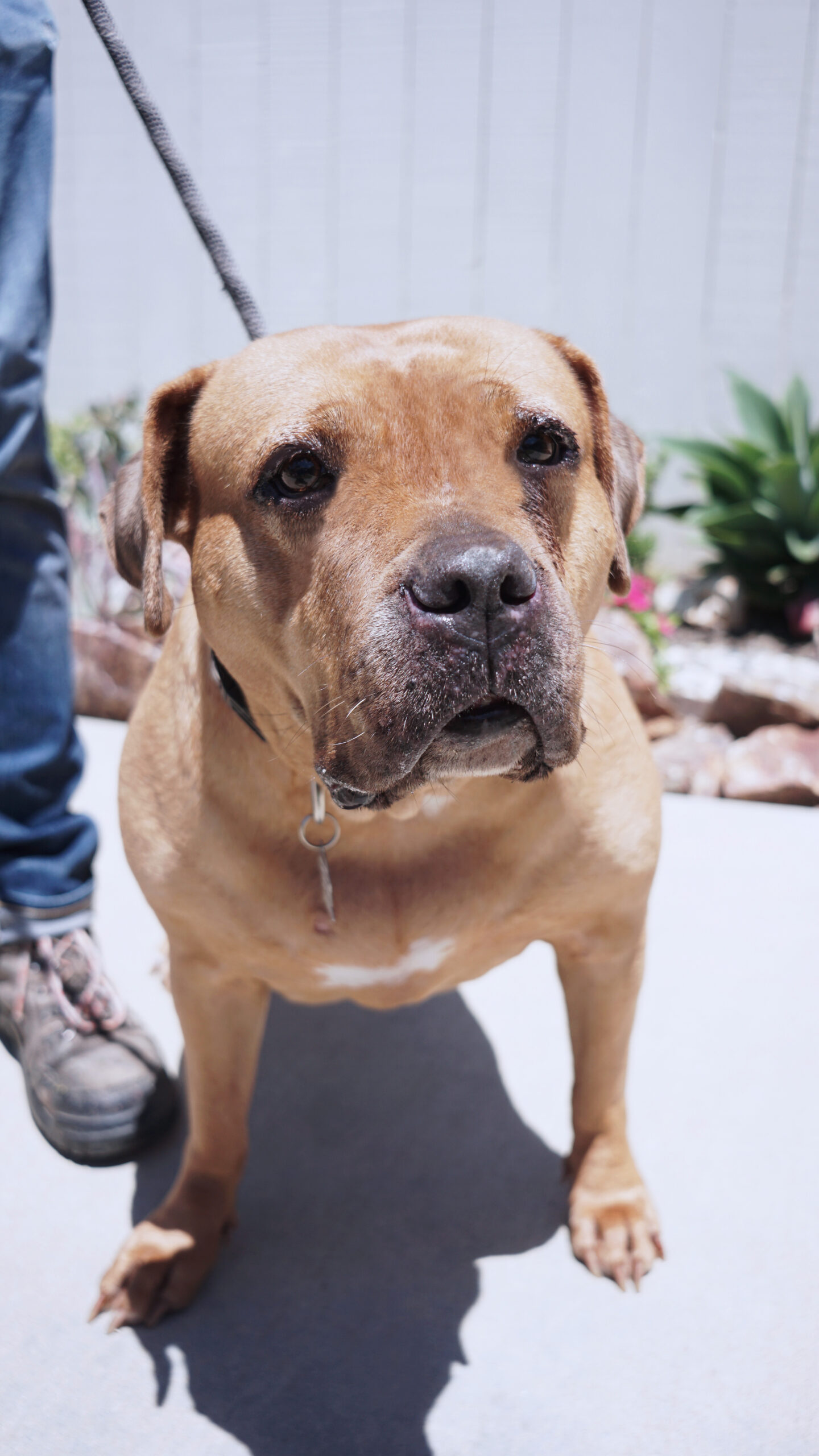 Animal Friends of the Valley (AFV) reached out to me saying that someone who knew Missy Beans wants to adopt her. The adopter and her family used to have Missy Beans over for sleepovers. It was her fiancé’s family’s dog. She and her fiancé planned to take Missy Beans in September. When her fiancé joined the military, the family separated and turned in Missy Beans as an owner surrender to AFV.

When she found out that Missy Beans was at the shelter, she, her fiancé, and her family were devastated and frantic to get her.

They are so happy to have Missy Beans (Lizzie to them) back. She started crying on the phone. She’s coming tomorrow to pay the adoption fee and pick up Missy Beans.

Any guesses how this turned out?

Missy Beans – “Lizzie” once and now again – is living with the family that used to have her for sleepovers. She enjoyed the car ride home from the shelter. Even though they haven’t told us, we’re pretty sure she’s sleeping on the bed with her new people every night.

Thank you for supporting your Rancho Coastal Humane Society where we believe Every Animal Deserves a Tomorrow®. . . .and a perfect reunion!