After Seven Years “The Rock” Went Home For Good

After Seven Years “The Rock” Went Home For Good 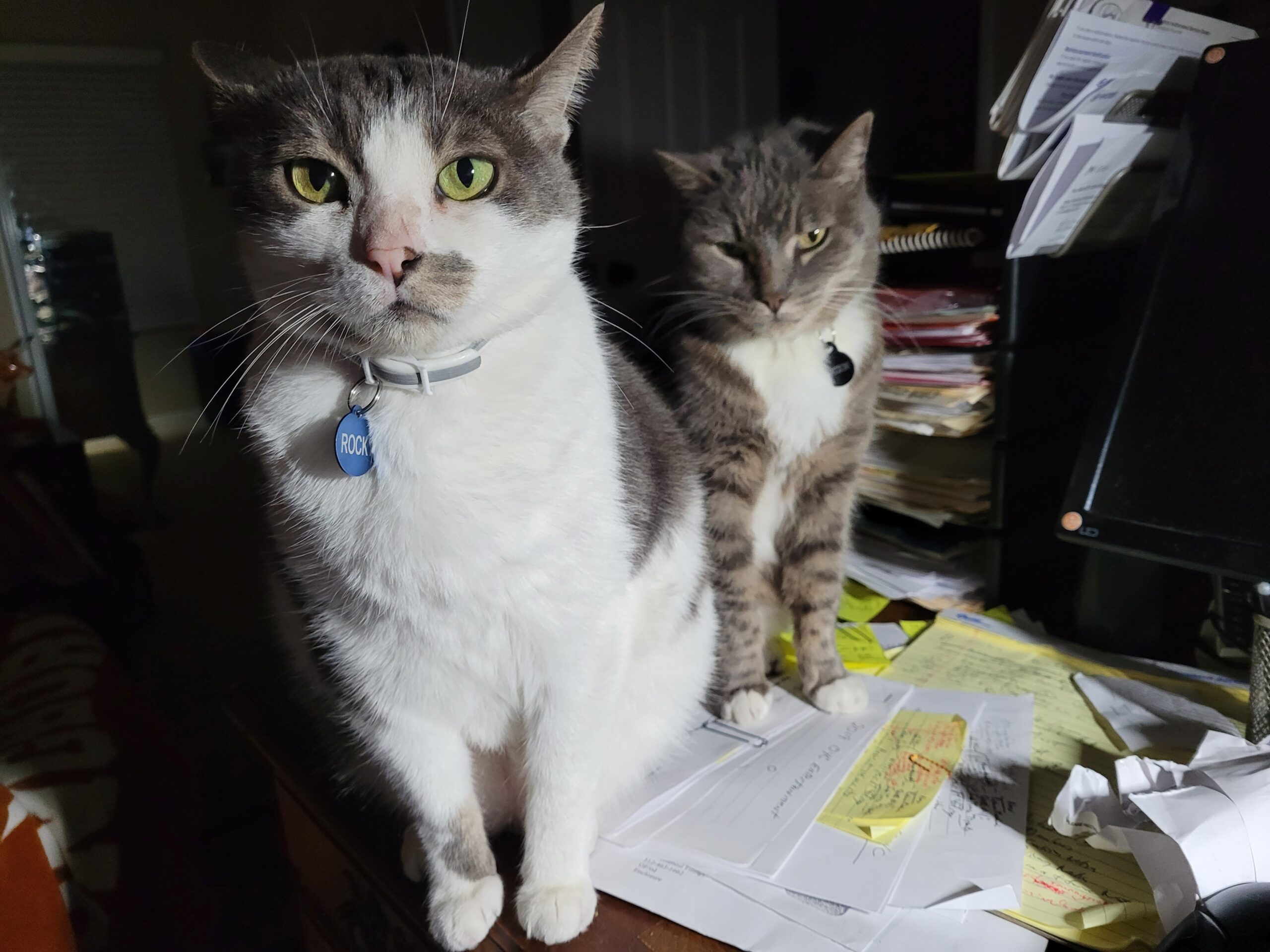 A Happy Ever After Adoption Story

Rocky was transferred to Rancho Coastal Humane Society 7-1/2 years ago through our
Friends of County Animal Shelters (FOCAS) transport program. This stray, grey and
white Tabby had been turned in to one of our rescue partners. Nicknamed “The Rock,”
he had a pretty short fuse, and life had been difficult. They treated injuries to his paws.
By the time Rocky was transferred to RCHS, he had become a friendly cat who “talked”
to the animal care attendants and volunteers.

Rocky was adopted right away. Then, six years later, he was returned. Instead of
becoming a mellow, mature cat, Rocky was still full of kitten energy. His people asked
us to find Rocky a more fitting home. 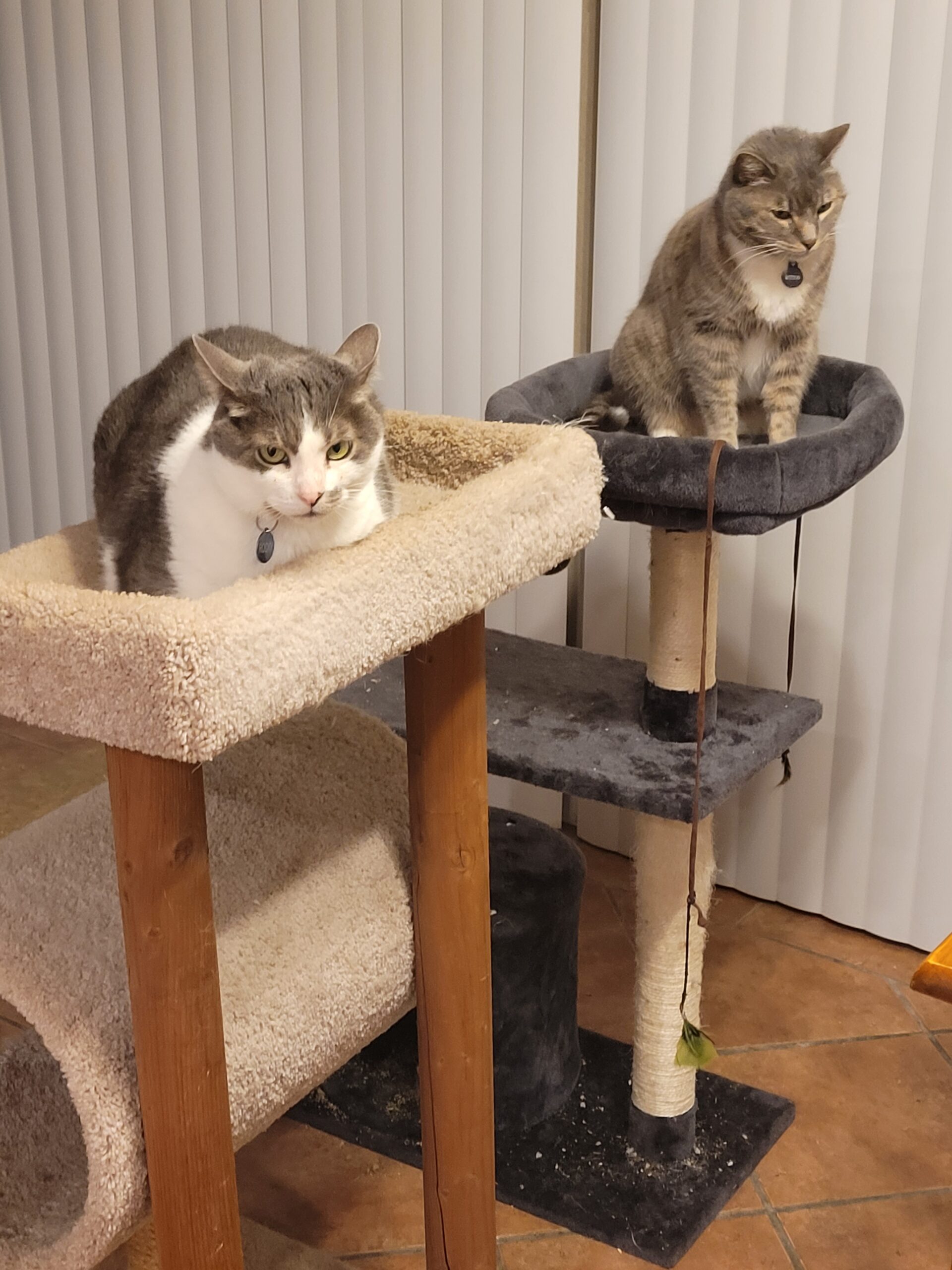 One year ago, Rocky was adopted again. Two days later, he was back. Rocky’s adopter
told us that he was vocal and his favorite time to run around and “sing” was the middle
of the night! The more they ignored him, the more demanding Rocky became.

assist in training, and document observations that help our adoption counselors make a
match. It worked!

Rocky found his perfect home with Ira Hecht in Oceanside. Eight months earlier, Ira
adopted his cat Watson from RCHS. When his older cat crossed over the Rainbow
Bridge, Ira and Watson were heartbroken. Ira came to see if there was a good match.

We spoke with Ira a few days ago. He says everything is going GREAT! “They told me
Rocky is noisy. If he gets excited, he nips. Sometimes he scratches. But he was a great
cat, so I adopted him.”

Watson and Rocky bonded right away. “They were running around and chasing each
other after a day and a half. Fourteen-pound Rocky is happy to let nine-pound Watson
be the top cat in the house. They’re perfect together, and Rocky’s bad behaviors seem
to be going away,” said Ira. Rocky is perfect. 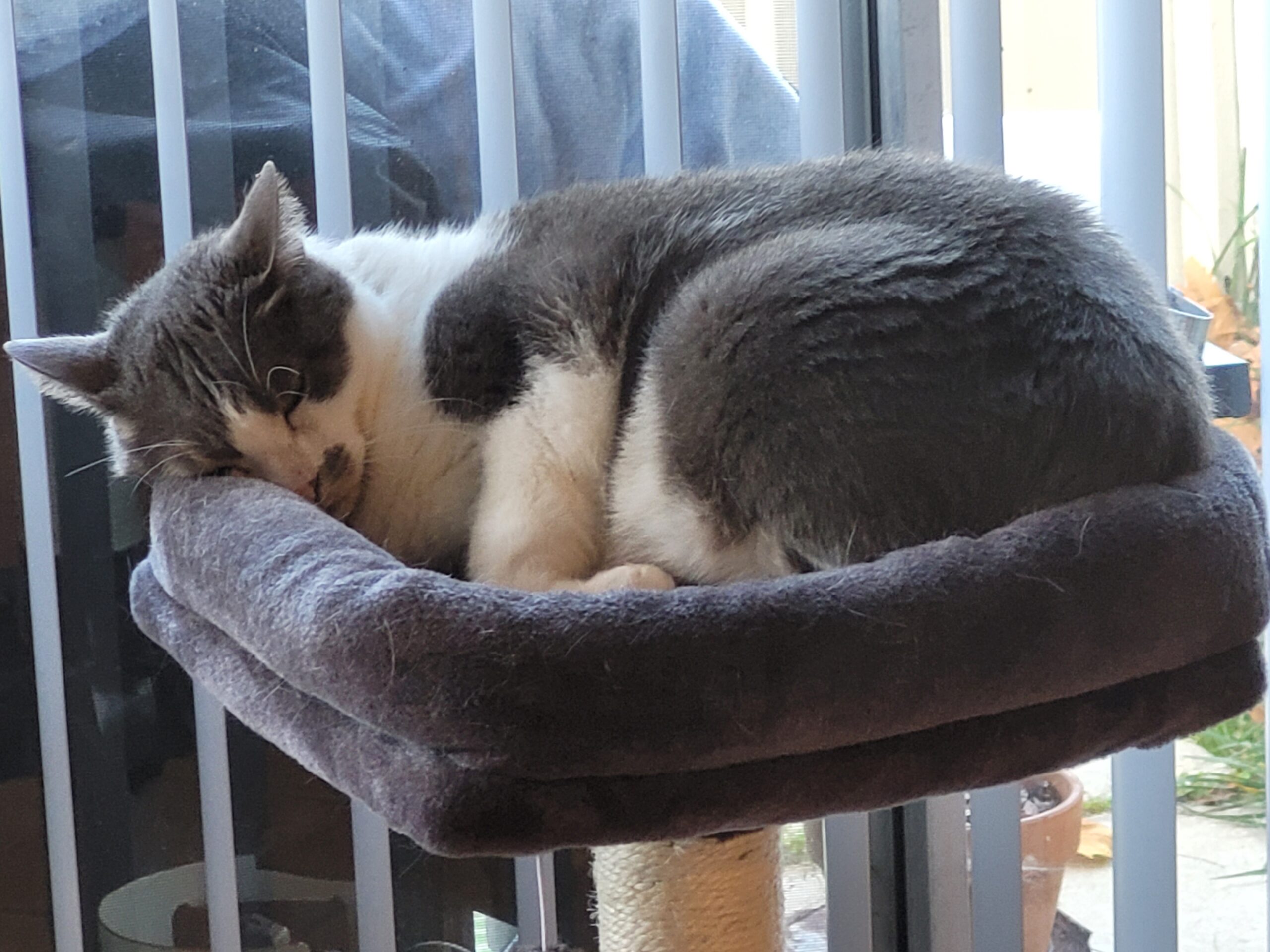 If it’s time for you to adopt, download an adoption survey at www.sdpets.org.
If this isn’t the right time to adopt, please become a “Virtual Foster” and sponsor an
RCHS pet. Every Animal Deserves a Tomorrow®, even those who need to sing in the
middle of the night.