It All Started in a Little Yellow House

It All Started in a Little Yellow House 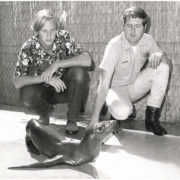 After 60 years, how do we tell the story about Rancho Coastal Humane Society (RCHS) and the little yellow house on Requeza Street in Encinitas? How about from the beginning?

It all started in 1960 with Maria K. Lloyd. We’re told that she was a petite woman with a Russian accent. She bought five acres with that old house. The only way to the property was a dirt road, now called I-5. Our “neighbors” were coyotes, foxes, raccoons and other wildlife. Soon, we added horses, cows, dogs, cats, hawks, and even baby seals from time to time. 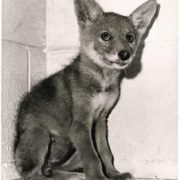 Then came the volunteers. A young girl graduated from San Dieguito High School in 1960. Her mom told her, “You’re not spending the summer at the beach and you’re not just going to sit around. Maria just started that animal shelter. Go see if she needs help.”

Your RCHS Thrift Shop opened as the “Animal Friends Guild Thrift Shop” to help raise funds for the animals. Lois Martin was one of the original volunteers. She’s still there volunteering her time, talent and experience (more about Lois in an upcoming issue). The Thrift Shop had four different locations over the decades.

In the beginning, it was all about animal rescue and pet adoptions, but RCHS was still considered “out in the boonies.” If a squirrel ran through the kennels and the dogs started barking, there were no neighbors to hear them. Then, people started moving in. They built houses around the shelter. That brought paved roads, stores, churches and even a hospital. 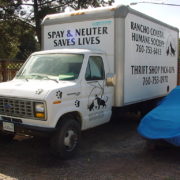 Many of us remember driving up “The Five” and seeing a  small barn beside the freeway. If you drove by at the right time, you saw a face sticking out the stall. That was a small donkey named “Milton Burro.” (Milton was a girl, but she didn’t seem to mind the name.) She became an Encinitas landmark. “You know where the donkey in the barn watches the traffic? Take the next exit after that.” 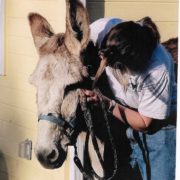 Human neighbors brought more responsibility. We needed to teach co-existence with all animals, domestic and wild.  Families adopted pets from RCHS and their children came to our Animal Camps.

Progress brought new challenges. One was domestic violence. In 1997, RCHS created the Animal Safehouse Program (ASP). It was the first program of its kind in this part of the United States. Domestic violence shelters are equipped to care for human victims, including children, but not their pets. Animals left behind often became new victims, and human victims stayed in place to protect their beloved pets. The ASP became the safety net for these pets. We no longer were saving just animals. We were saving human lives, too! 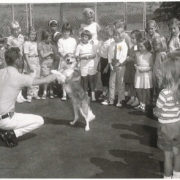 When we learned one of our volunteers was at Aviara Healthcare Center a few blocks away, we got permission to visit her with some of our dogs. It went great! Aviara asked if we could come back the next month. In 2003, Pet Assisted Therapy (PAT) became an official RCHS program.

When one of our neighbors, embarrassed but in need of help, asked if we could spare some pet food, we didn’t hesitate. The Community Pet Food Bank was born in 2012. It helps keep families together. One veteran told us, “I eat one day and my dog eats the next day.” Nobody needs to go hungry in order to feed his or her best friend. 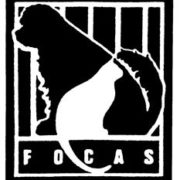 In 2012, RCHS merged with the Friends of County Animal Shelters (FOCAS). Its founder, Peggy Howell, worked tirelessly to save the lives of shelter pets.  FOCAS was the only organization in San Diego actively working with the Department of Animal Services. Now, there are more than 200 registered pet rescue groups in the County. More than 90% of the pets adopted from RCHS come from overcrowded shelters and rescues through the FOCAS program.

We hope to see a day when we’ve saved all the animals, educated all the children, provided pet therapy to everyone who needs it, saved animals from domestic violence, and fed all the pets of those in need. In the meantime, RCHS will continue to develop programs and provide services that strengthen the human-animal bond.

At Rancho Coastal Humane Society, we believe Every Animal Deserves a Tomorrow®.