This Dog Named After a King Now Rules His Castle

This Dog Named After a King Now Rules His Castle 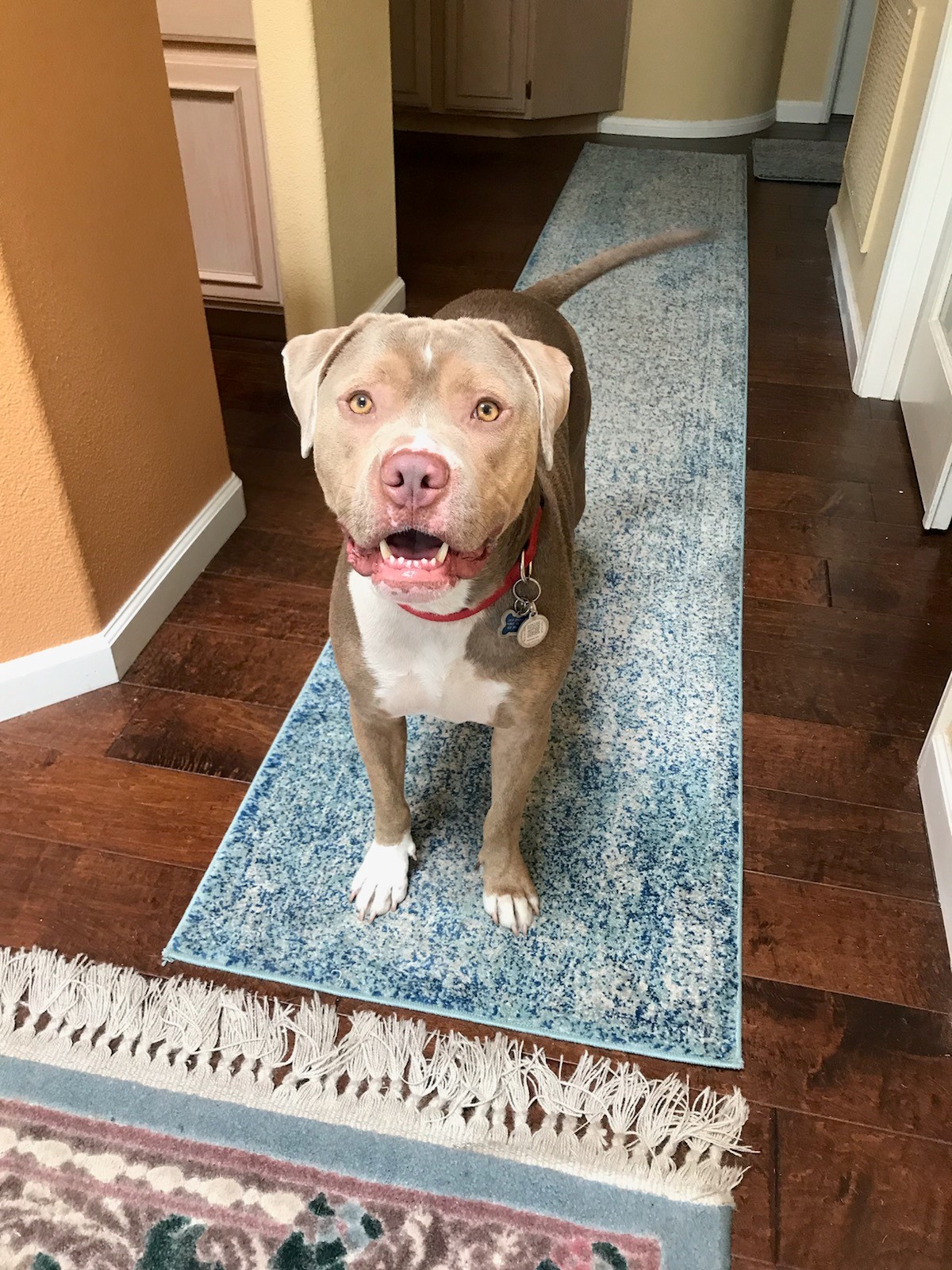 A happy ever after story

Leonidas was one of several dogs who arrived at Rancho Coastal Humane Society (RCHS) on a Wings of Rescue flight from Louisiana in September of 2020. These new arrivals were named after historical figures. Leonidas was named after the king of Sparta.

Three months later, he was adopted. Great! Right? But the dog in his new home decided he didn’t want to share his house or his people. Six days later, “Leo” came back.

So, Leo began 2021 here at the shelter. By then, COVID-19 had forced us to limit public access. Leo settled into his kennel and quickly became one of our favorite guests. He had a big smile, and he LOVED everyone.

You’ll notice that we use the word “guests.”  It’s because our adoptable pets are here only temporarily until they continue their journeys. That’s what finally happened with Leo.

Just over one year after his arrival, on October 8, 2021, Leo was adopted! Aubrey and Andy Miguel took him home to Poway. King Leonidas had found his forever place. Since his adoption, Aubrey and Andy have provided regular updates: 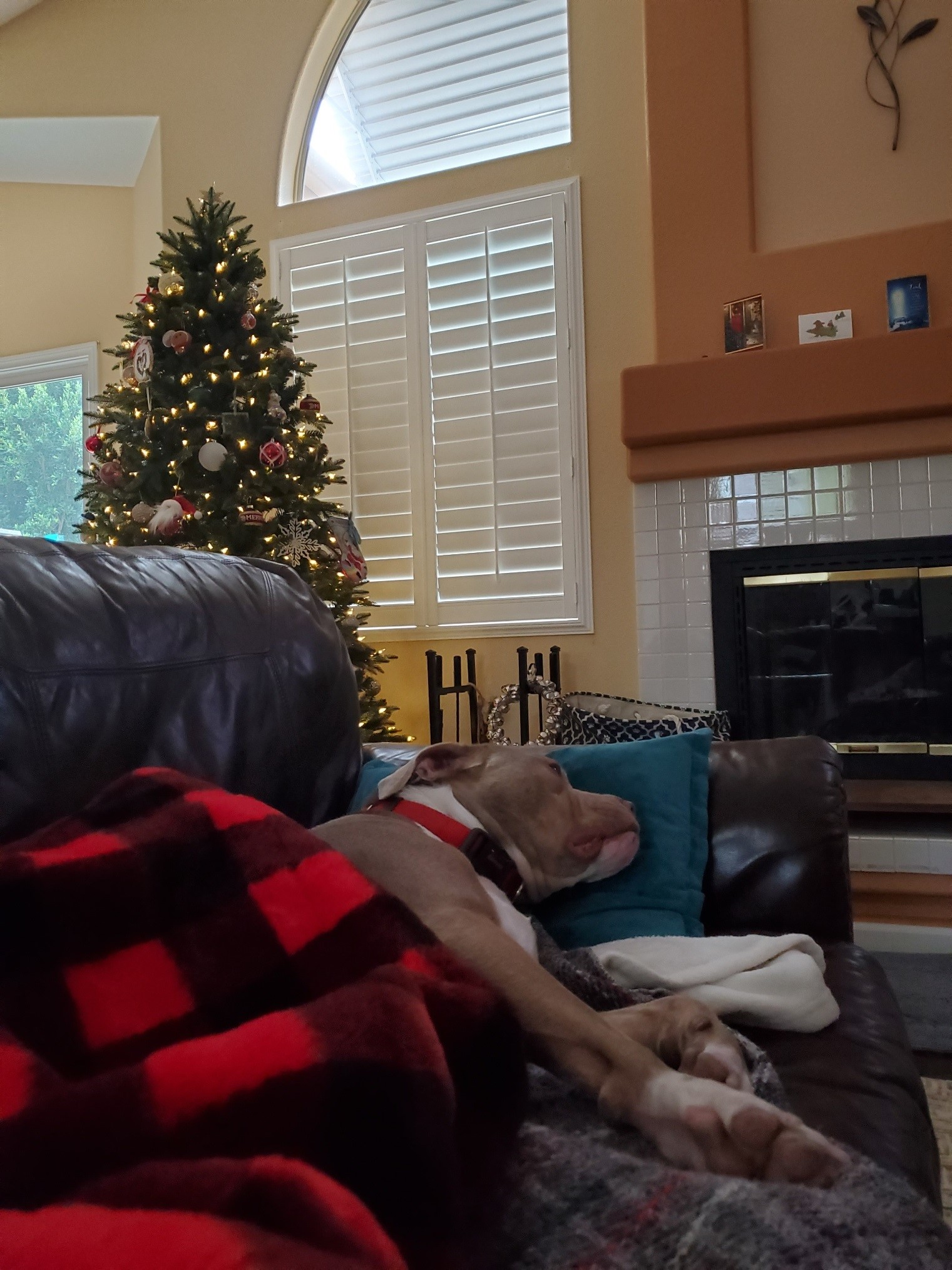 “Leonidas is doing well! We love him as part of our family. I think he’s really liking being an indoor dog. We’re enrolled in GoodPup sessions. He’s super smart. We want to work with the GoodPup trainers on the safest ways to help him have other dog friends because we think he would get a lot out of that.”

“Everything is going great! Leonidas is really settled now and has his little routine with us. He goes for 2 walks every day and gets lots of treats as we put him through his cues. He’s almost graduated from his GoodPup training, and we’re going to consider moving him to the higher-level classes because he’s so smart.”

Today, King Leonidas rules his castle from his couch while snuggled under his cozy blanket. He watches over his kingdom from a sunny spot by the door, perfecting his “Are we going for a walk?” look.

And even though it didn’t seem possible, Leo’s smile has gotten even bigger!

Thank you for your support of Rancho Coastal Humane Society where Every Animal Deserves a Tomorrow®. 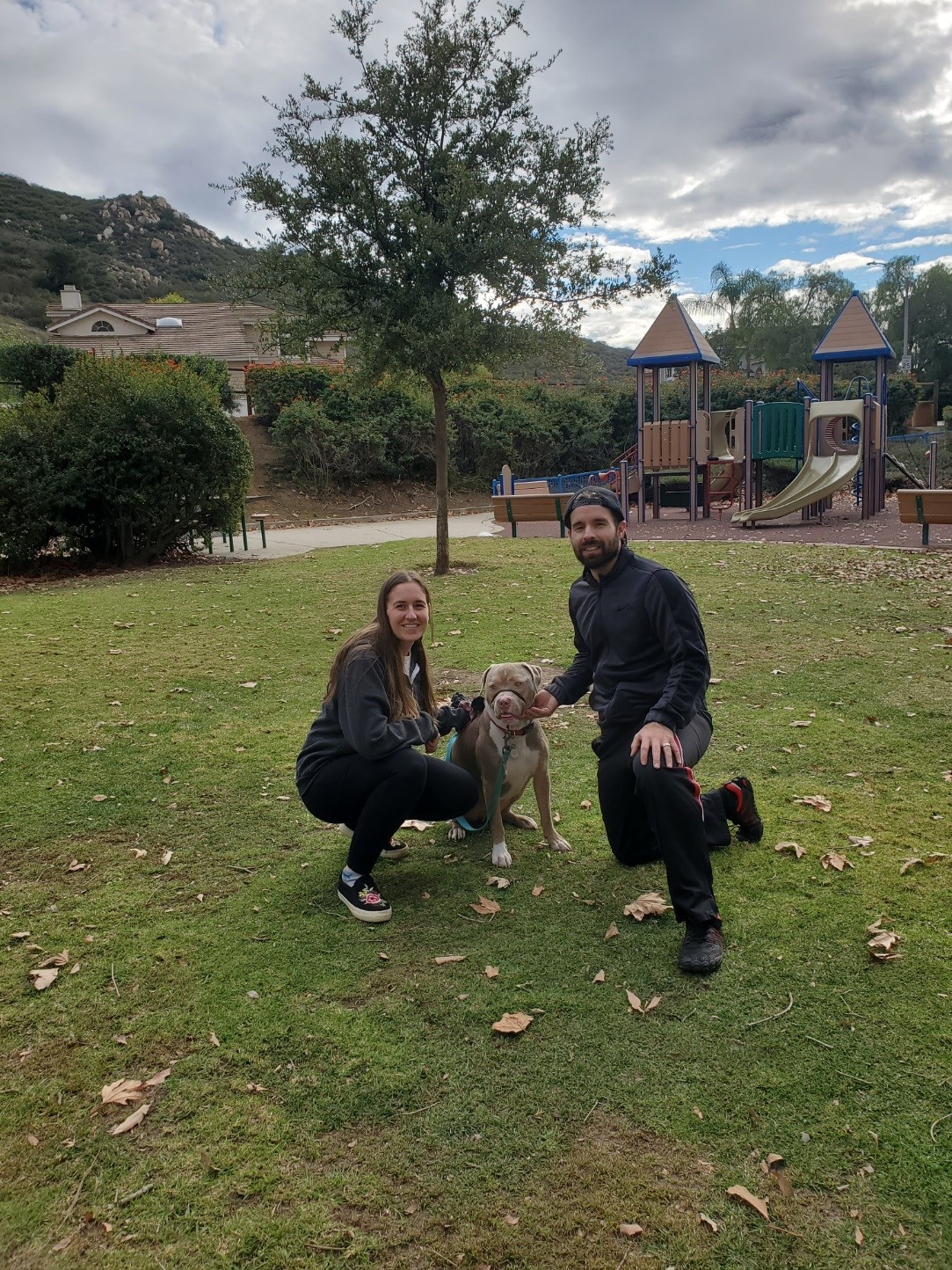 Donate today to help pets like Leonidas find a forever home. Right now, your gift will go twice as far thanks to a generous donor who is matching all donations $1 for $1 up to $100,000!