We Pulled Her Tail(s) Now Bellwether is Ready to go Home!

We Pulled Her Tail(s) Now Bellwether is Ready to go Home! 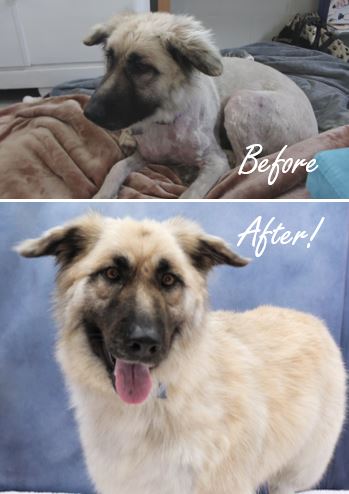 Bellwether was a stray when she taken to an animal shelter in Riverside County. She was transferred to Rancho Coastal Humane Society through our FOCAS (Friends of County Animal Shelters) program.

Once the hair was gone, they saw hundreds more foxtails painfully embedded in Bellwether’s skin. Some were still sticking out and could be pulled. Others were so far in that the only way to remove them and treat the infection was through surgery….actually, weekly surgeries.

Because the foxtails were spread throughout Bellwether’s entire body, each week’s surgery focused on a different area. Afterward, Bellwether was outfitted with a ThunderShirt® to help calm her nerves and an E-collar (most of us call it a cone)  to keep her from scratching or chewing as she healed.

Heavy rains this past spring led to particularly large amounts of foxtails in the County.  When Bellwether’s story first aired on CBS 8, the station was flooded with calls. Many sent pictures, asking “Is this a foxtail? Is this what Bellwether has?”

Bellwether’s surgeries at RCHS are done. After one last shave that left her with a full body Mohawk, Bellwether is now available for adoption.

Bellwether is happy, active and strong-willed. She will probably do best in a home with an experienced dog owner. She’s going to need lots of exercise, but now her exercise will need to be on a leash, not running free through a field of foxtails.

If you think Bellwether might be the dog for you, please submit an adoption survey. If this isn’t the right time for you to adopt, please make a donation to help pay Bellwether’s medical costs or to become a Virtual Foster.

Log on to www.sdpets.org for more information or to make a donation to your Rancho Coastal Humane Society where Every Animal Deserves a Tomorrow®. 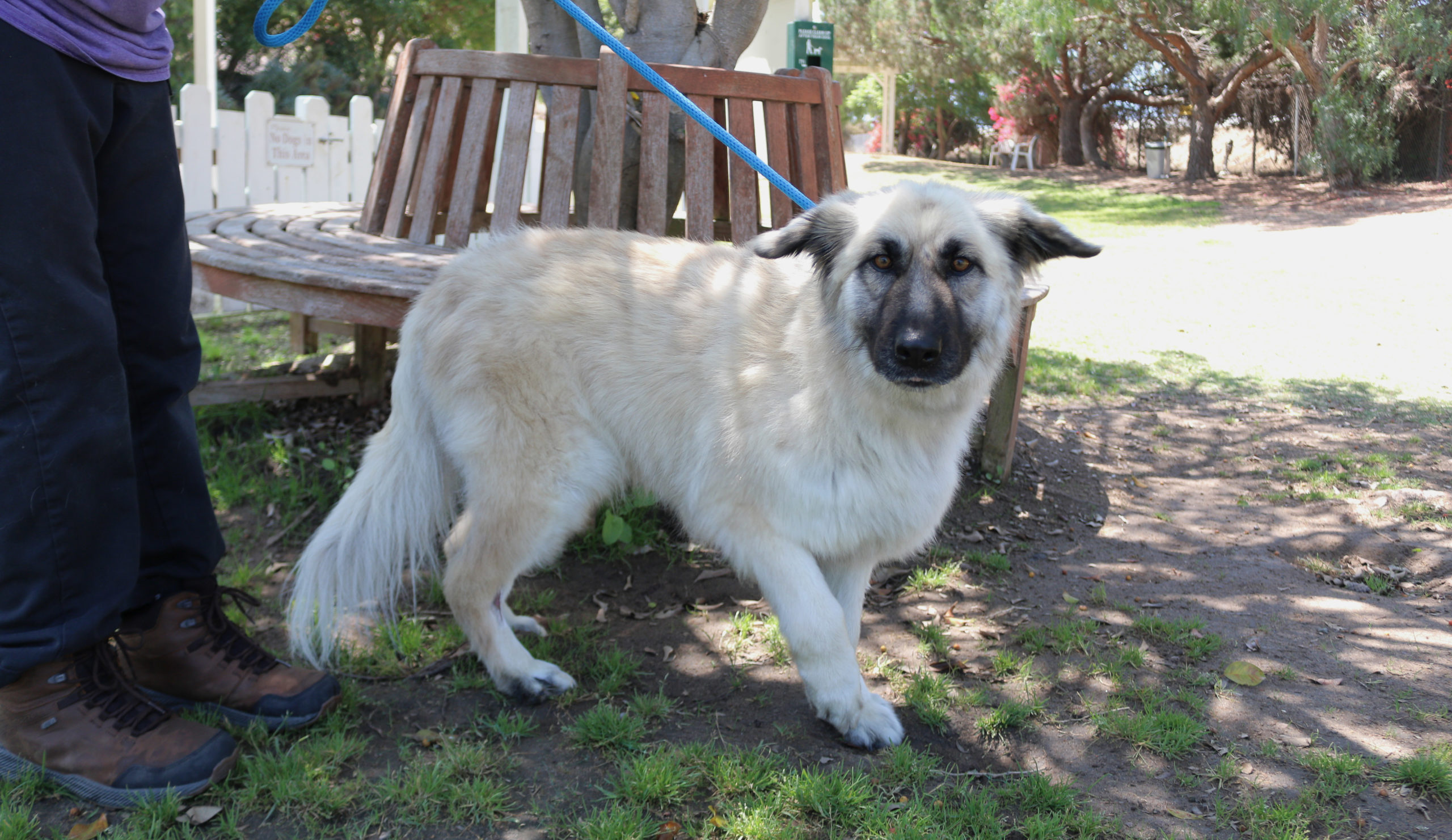